The History of Arcadia and Desoto County, FL

Desoto County is located just inland from the Gulf of Mexico, along the south-central portion of the state’s west coast. Though it’s close to some fantastic beaches, the area is typically associated with cattle ranches and Florida prairies.

Arcadia is located about an hour east of Sarasota and an hour north of Fort Myers, and slightly northwest of the center of DeSoto County at 27°13’N 81°52’W. The Peace River flows past the west side of the city on its way southwest to tidewater at Punta Gorda. Most of Arcadia is more than 40 feet above sea level and portions of Arcadia near the center of the city are as high as 65 feet above sea level giving Arcadia one of the highest elevations for a city in Florida.

How Arcadia Came To Be

The town of Arcadia was settled in 1883, at that time it was a post office on the Peace River. After the arrival of the Florida Southern Railway in 1886, the Town of Arcadia became incorporated in Manatee County. In 1887, DeSoto County was created by a division of Manatee County, and named for Spanish explorer Hernando de Soto. At that time the county seat was at Pine Level, eleven miles due east of Arcadia, and three miles east of the new county line. Arcadia became the county seat for Desoto County in 1888.

Up to that time, due to inadequate transportation, the community did not attract much attention. By the late 1880’s the population was 300.

In 1883, when this settlement on Peace River applied for a post office, residents gathered to choose a name. Rev. James Madison “Boss” Hendry had moved his sawmill to the area and, on the way, had stayed overnight with Thomas and Fannie Albritton, pioneer settlers. After he told the family about his birthday on the subsequent day, their 22-year-old daughter, Arcadia Albritton, baked a cake for him. According to tradition, he repaid her kindness by naming the town Arcadia.

The Definition of Arcadia

Arcadia Was Not Always Named Arcadia!

In 1921 legislation enacted called for Arcadia to remain the county seat of DeSoto County and resulted in the creation of the present-day counties of Charlotte, Hardee, Glades, and Highlands. Prior to this breakup, Arcadia’s population had grown considerably, with over 1,000 permanent residents and 3,000 square miles for ranching.

On Thanksgiving night in 1905 four entire business blocks were destroyed by a large-scale fire that originated from a mid-town livery stable. Only two brick buildings were left standing. The fire was exacerbated because the town did not have a working water system or fire department. The destroyed portion of the city did not carry ten percent of its valuation in insurance. This was a monstrous and total loss to Arcadia. The estimated monetary damage was $250,000, but there was no loss of life.

After the fire, the citizens of Arcadia went to work to build a city that would stand out as a model for other cities of the same size. On December 1, the City Council voted for the future construction of brick or cement. Rebuilding began immediately, most of those buildings remain today.

A fire district was established by city ordinance in the business center, in which nothing but substantial brick, stone, or concrete buildings were to be allowed. Its streets were graded and paved, shade trees were planted, the streets were named and numbered, a waterworks and electric light plant were built, and many other improvements were made.

The railway passed through Arcadia, from Bartow to Punta Gorda, in 1886. This gave an impetus to the growth of the town, and when it was incorporated in 1887, it had a population of four hundred.

A second railroad line, the Charlotte Harbor and Northern Railway (later the Seaboard Air Line Railroad) was built through Arcadia from 1907 to 1910 on its way from Mulberry to Boca Grande. Both lines have since been consolidated into a single line by CSX with the Seaboard line surviving north of Arcadia and the Atlantic Coast Line surviving to the south. Arcadia was also served by the short-lived East and West Coast Railway which connected Arcadia with Bradenton from 1915 to 1934.

The land for Arcadia’s first city hall was a pineapple patch bought in 1917 for $3,000 from Fred and Ida Gore. City Hall was designed in the Mediterranean  Revival style and was finished in June 1926 at a cost of $45,216, including all furnishings. The new City Hall is located just behind the original building on Polk Ave.

The fire station first housed a solid, runner-tired, auto-driven hose wagon with chemical tanks and a 1924 American La France fire truck which is still owned and is in operating condition! The original 20-foot brass fire pole and the 400-pound siren are to be placed in the City Hall Museum.

Ed Scott served as the first chairman, a volunteer, of the department of roads, now the Florida Department of Transportation. He arranged for two major highways, U.S. Highway 17, also known as the Dixie Highway (established in 1915), and State Road 70 to intersect at the center of Arcadia.

In 1961, a new concrete bridge, in use today, spanned Peace River.

The Florida Baptist Orphanage, opened February 1, 1904, it was located one mile north of Arcadia. Besides the original large two-story brick structure costing $12,000, there was a new brick building, two-story, the upper the boys’ dormitory and the lower the schoolroom. This cost $5,228.

The nature and purpose of the institution was to maintain, support, and educate indigent orphans of the state of Florida, irrespective of religious creed or nationality. All destitute children of sound mind and body, between the ages of three and ten years, inclusive, may be eligible to admission, except that no child can be admitted whose father is living.

After the Second Seminole War (1835-1842), The Peace River was the northern boundary for the “Seminole Reservation”; the first survey of the Arcadia area, inside the Reservation, was completed the following year.

In 1881, Captain Francis LeBaron of U. S. Army Corps of Engineers makes a survey of Peace River to explore the feasibility of connecting it to the St. Johns River he discovered it was impractical and there was pebble phosphate in the riverbed.

Today nature lovers also enjoy paddling canoes down the Peace River that flows along the west side of town from Hardee County to Charlotte County.

In 1881, pebble phosphate was discovered in Peace River, and “mining” soon began. Workers traveled on the Arcadia Street Railway and Improvement Company, a mule-drawn railway on Oak Street. Later, the Charlotte Harbor and Northern Railroad were routed through Arcadia to haul phosphate, used in the production of fertilizer, to Boca Grande’s deepwater port.

Arcadia was equipped with telephone service, installed in July 1901. Connections were made with the Bell long-distance companies for all points north and with an independent line at Punta Gorda for all points in the southern part of the state.

In 1876 the Fort Ogden Post Office was founded and remains the oldest post office in the county.

There were six mails per day in and out of the railway, besides several routes that extend out into the farming and orange growing districts.

Some of the first merchants were Captain John W. Whidden, a veteran of the Third Seminole and Civil Wars, opened a store for general merchandise on the river about 100 yards east of the present bridge. It was called J. W. Whidden and Son and managed by his son Robert E. Whidden.

Dr. Edwin Green opened the Arcadia Drug Store in 1887 and served as a physician in addition to a pharmacist. He also drew the plans for the first DeSoto County courthouse.

Until his death in 1916, T. A. Cassels produced an “Indian-Remedy for Indigestion and Dyspepsia,” a popular patent medicine, in Arcadia; supposedly, a Seminole had given him the recipe.

In 1931, George End opens the first Rattlesnake Meat Cannery just outside of Arcadia, and the Floridian Products Corporation uses every available part of the snake; in 1937 he moved his operations near Tampa, establishing Rattlesnake, Florida, for his cannery and reptilorium, with a post office.

Oak Street is the “main street” in Arcadia. The downtown is far more elaborate than neighboring counties’ downtown areas, as Arcadia is older and was their county seat prior to the formation of their present counties.

Arcadia has many beautiful and historic homes and several historic public buildings, most are located within the historic district.

On August 13, 2004, Hurricane Charley passed directly through DeSoto County. Hurricane-force winds persisted for an hour, damaging most of the structures in the county and causing some to be completely destroyed.

The Main Street Program was renewed in 2005, following the 4 hurricanes of 2004.

In 1984, Arcadia became a Main Street City, and revitalization of downtown began in time for the City’s centennial. In 1993, the City was profiled in The 100 Best Small Towns in America. The Main Street Program was renewed in 2005, following the hurricanes of 2004.

Arcadia has become a destination for antiquers because of its historic downtown antique district.

It is one of the largest groupings of antique dealers in the state, all located conveniently in the downtown area. The local dealers’ association sponsors a “4th Saturday Antique Fair” each month from 8 am to 3 pm, bringing an additional 60 to 120 independent dealers in for the event.

Arcadia once had a reputation as a frontier town as “wild” as any in the American West, and in 1895, Frederic Remington visited Arcadia looking for cowboys. He wrote and illustrated “The Cracker Cowboys of Florida,” an article about the “Cattle Wars,” published in Harper’s New Monthly Magazine.

Desoto County claims more range cattle than any county in the south, with some of the most extensive cattle ranching operations in the state.

There are thousands of heads of cattle pastured on the prairies. This part of Florida is cattle country, cowboys are seen everywhere in Arcadia and the surrounding farms. Cattle ranching remains an important industry today.

Arcadia ships more citrus fruits than any other city in Florida. DeSoto County produces five percent of all the oranges shipped out of Florida, and ten percent of all the oranges shipped out of the state are shipped from Arcadia. During the shipping season, Arcadia hotels are filled with buyers from all parts of the north and east. There are five large packing houses. Many fine nurseries are located at Arcadia from which the seedlings and budded stock is secured. These nurseries not only supply the local market but make shipments to Cuba, as well as to all of the orange-producing portions of Florida.

Citrus groves were planted in Arcadia, and packing houses sold the fresh fruit. Today, oranges and grapefruit are processed into juice and juice concentrate at facilities, including one near Arcadia.

Watermelons are another important industry in the area. The annual Watermelon Festival is held each May during the harvest season. The celebration includes parades, car shows, music, and other events.

Former President Barack Obama was the first sitting president to visit Arcadia. He arrived to view the commissioning of the largest solar-generating power plant in the state. On October 27, 2009, the plant began converting energy from 90,000 solar panels, located on 235 acres of land. The plant has the capacity to produce 42,000-megawatt hours of energy per year. 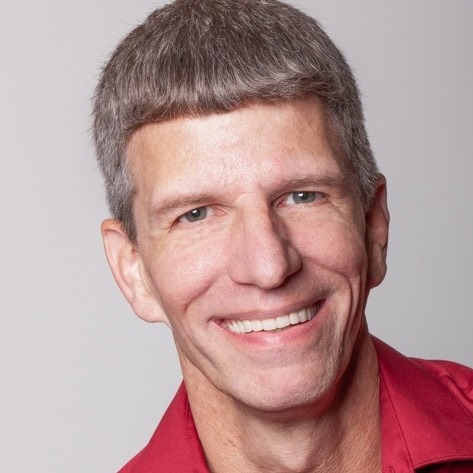 Call, email, or complete any form on our website to speak with Realtor Mike Manwarren with Preferred Real Estate Arcadia.